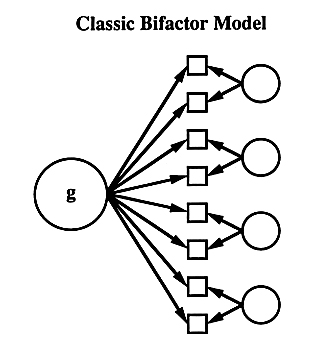 Beyond the question of structure lies the deeper question, what is the meaning in terms of understandability or theoretical utility of these different models? If g is brain size, and everything else is an independent cognitive module, then the bifactor model makes sense. If g is the common variance of verbal and spatial abilities, then a hierarchical model is better.

Home to Great Ideas in Personality